OK
BPMA uses cookies. Some may have been set already. Read about our cookies.
Please click the button to accept our cookies. If you continue to use the site, we'll assume you're happy to accept the cookies anyway.
Home → News & Events / BPMA Press Releases / Brexit: What next? 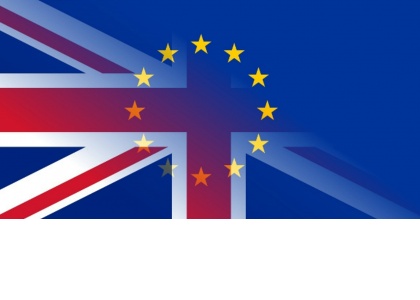 Steve Schofield, Director & CEO of the British Pump Manufacturers’ Association, offers a viewpoint on the key topic of regulatory alignment.

The UK left the European Union on 31st January of this year and in accordance with that arrangement has now entered a transition period that will last until 31st December 2020. During this period EU law will apply in the UK and according to the Government, this transition period will not be extended. As such, from 1st January 2021, the UK will regain regulatory control over those areas previously governed by the EU.

The UK Government’s Brexit deal still leaves a huge number of unanswered questions on the detail of the country’s preferred future relationship with the EU. While we know it will be based on a Free Trade Agreement (FTA) approach, this could still mean many different things.

There has been a lot of work done within various Government departments but much of this was undertaken under Theresa May’s administration and often without any central co-ordination or direction. This means that a great deal of it may not, in the end, have much bearing on reality or could even conflict with the work other departments have already done. There urgently needs to be central political direction and decisions on the detail of the future relationship and the overarching strategy for the next phase – this should all then be turned into legal text as soon as possible.

So far, the focus has been on the FTA itself, particularly from the media. But the future relationship goes far beyond that and includes important issues such as: internal and external security co-operation; data protection and sharing; aviation; road haulage; energy; science and innovation and of course manufacturing.

In recent weeks the Prime Minister Rt Hon Boris Johnson and the previous Chancellor of the Exchequer Sajid Javid have both made statements on broadcast news and in the national press that Regulatory Alignment would be off the discussion table.

So, what does all this mean?
In the context of Brexit, regulatory alignment refers to the degree to which UK and EU rules governing the trade in goods and services will be the same, or similar, in future. There is disagreement about what the term means precisely, as there are different degrees of alignment.

Previously when a piece of law (Directive / Regulation) was passed in Brussels it would subsequently need to be passed by the UK Government and have Statutory Instruments (SIs) created. SIs are a form of legislation which allow the provisions of an Act of Parliament to be subsequently brought into force or altered without Parliament having to pass a new Act.

In layman’s terms, it is taking EU law and making it into UK law. During this process, the UK could strengthen the requirements of the law but not reduce them. Over the duration the UK’s membership of the EU, there have been thousands of pieces of legislation covering a multitude of topics relating to all business and manufacturing sectors, and all aspects of living and working in Europe.

For the UK Government to say it will not be aligned to any of these rules is a very bold statement. It is believed that the UK Government will initially pick and choose which are appropriate for now before it begins the task of rewriting or amending any existing laws. Our current understanding is legislation covering the likes of Machinery, ATEX, Low voltage etc will be maintained. However, existing energy and environmental legislation will be reviewed, and possibly revised, with future legislation being assessed and possibly ignored.

If the regulatory alignment is dropped by the UK Government, it could possibly affect our relationship with CEN-CENELEC. To explain further, CEN-CENELEC are used to write mechanical and electrical standards that can be aligned to legislation and thereby offer conformity. Questions are now being asked within CEN-CENELEC on the legality of the BSI (British Standards Institute) remaining a member. It is understood that this will be reviewed at the end of 2021.

The jury is still out on many subjects with decisions relying on how the future relationship with the EU will evolve, but I am sure there will be many further surprises in the coming months.

For further information please contact the author, Steve Schofield at the BPMA on +44 (0)121 601 6350 or by email at s.schofield@bpma.org.uk