OK
BPMA uses cookies. Some may have been set already. Read about our cookies.
Please click the button to accept our cookies. If you continue to use the site, we'll assume you're happy to accept the cookies anyway.
Home → News & Events / BPMA Press Releases / Industrial Product Supply Sector Wants Continued Regulatory Alignment after Brexit 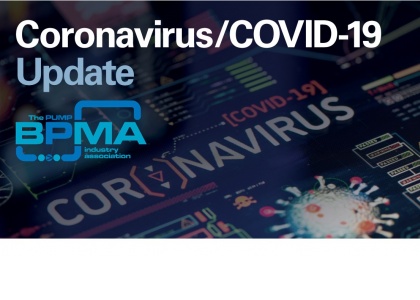 According to a new industry survey, backed by the British Pump Manufacturers Association (BPMA), an overwhelming majority of UK industrial product manufacturers want continued regulatory alignment with the EU after Brexit.

Responding to the survey by the advisory body EURIS (of which BPMA are a member) and independent experts at The UK Trade Policy Observatory (UKTPO), 83% of industrial product manufacturers support continued regulatory alignment to remain competitive in a global market, with respondents overwhelmingly saying they see no benefit in moving away from the EU regulatory system for industrial and manufactured products.

UK companies told the survey that their supply chains have already been disrupted by post-referendum currency changes and that EU27 companies have started to select non-UK suppliers amidst the ongoing uncertainty of post-Brexit arrangements.

Industrial manufacturing representatives are calling for a Withdrawal Agreement to be reached with the European Commission at the earliest opportunity to give clarity to industry; they warn that a no-deal Brexit will cause severe damage and must be avoided.

The survey results are published in a detailed report entitled ‘Securing a competitive UK manufacturing industry post Brexit’, which highlights the impact of a no-deal Brexit on the industrial product supply sector. The survey was carried out by the University of Sussex-based UKTPO and EURIS, which represents companies with a collective turnover of £148 billion and 1.1 million employees.

EURIS notes that the negotiations on the future relationship between the UK and the EU27 are the most important for its members since the formation of the single market in 1993. The advisory body warns a ‘no deal’ outcome would have lasting impacts on the industrial product supply sector, and its ability to contribute to the UK economy. This report provides specific information and guidance on the significant dangers of a ‘no deal’, and the opportunities afforded by a ‘business friendly’ deal.

Key findings in the report include:

    EU Regulation enables industry to remain competitive in a global market.  83% of survey respondents support continued regulatory alignment with the EU.  Product regulation has a critical role in ensuring that a high standard of safe and compliant goods be placed on the EU market. There is no benefit in moving away from the EU regulatory system for industrial and manufactured products.

    Imports account for over half of total costs for 44% of companies. Any increase in barriers to trade will have significant impact on the UK’s global competitiveness. Our competitive advantage in non-EU markets depends on the UK having barrier free-trade for intermediary products and components with the EU. Notably, 52% of EURIS survey respondents stated that over half their sales were intermediate inputs for other companies.

    The longer the uncertainty over the Brexit process continues, the more long-lasting damage will be incurred by our businesses. EU 27-member states have been warned to ‘prepare for the worst’ and review their supply chains. For most companies changing suppliers is a significant decision, and one very rarely reversed and some EU27 companies have already started to select non-UK suppliers. One third of EURIS survey respondents are already thinking about or have already changed suppliers due to Brexit - sales have already been lost.

    It is not a choice of exporting to Europe or the rest of the world. If we become less competitive in the EU we will be less competitive in other international markets. The UK Government’s target to develop stronger trading relationships with other non-EU countries is a positive move, but this can only be achieved if we maintain a strong alignment with EU regulations and supply chains.

Other key conclusions from the survey include:

•    Four in ten companies say they will face a skills shortage without EU workers.
•    15% of firms believe even a two-hour delay at customs would impose additional costs on their business
•    Just 4% of respondents had no concerns about any element of Brexit impacting their business.
•    Approximately 1/3 of respondents have already seen a fall in investment due to Brexit with only 2% reporting an increase.

Dr Howard Porter, EURIS Chair said: “Our industry needs clarity and a Withdrawal Agreement confirmed with the European Commission in the Autumn. As this report and our member survey clearly show, further delays and the risk of no-deal will result in significant long-term damage to the UK manufacturing sector and will put at risk the industrial product supply sector’s £148 billion contribution to the UK economy.”

Professor L Alan Winters, Director of the UK Trade Policy Observatory said: “The challenges of a ‘no deal’ Brexit have been much discussed, including by the UKTPO, but this survey brings them to life. This critical sector is already starting to hurt and if its needs for frictionless trade with the European Union are ignored, a quarter of UK goods trade will be vulnerable to cuts. The threat to jobs is alarming.”

Mike Hughes, Zone President Schneider Electric UK & Ireland: said “EURIS’ report ‘Securing a competitive UK manufacturing industry post Brexit’, highlights that the UK will always be closely tied to the EU as our primary trading partner. Our potential to develop trade links with non-EU countries is dependent on accepting this. As an industry, we believe it is essential that the UK maintains strong regulatory alignment for our sector with the EU, and continued membership and involvement in the creation of EU and International standards for the industry.” (Schneider Electric are a member of BEAMA who are in turn a member of EURIS).